What To Do If Your Outboard Won't Start

Anyone who has ever turned an ignition key knows the frustration of hearing nothing. Again, this is most likely an electrical issue - a low or dead battery, or a break somewhere in the ignition circuit.

If you turn the key to crank the engine and nothing happens, keep the key in the "on" (not all the way over to start) position and check to see if other components (such as lights and gauges) operate.

If your boat has a battery switch, ensure that it's switched to "on" or "both."

If you turn the key and the engine won't start but other components are working, check the gear shift to ensure it's solidly in neutral, as most outboards will not crank with the engine in gear.

Check the kill switch. Make sure the shifter is in neutral. Then pay special attention to the starter switch itself. Sometimes, a dash-mounted ignition switch will simply become loose in its fitting, allowing the entire switch mechanism to turn with the key. Fixing this can be as simple as getting behind the dash and tightening up a retaining nut or mounting screws. If the starter groans but won't engage, it could be a low battery, but it also might be a loose or poor connection.

Check to see that the ­emergency shutoff switch cap is in place. (Depending on your setup, the engine might not even crank if the kill switch is out.) If your battery's reasonably charged, check the battery cables from the battery to the engine. Often the positive and negative connections loosen over time and/or become corroded.

If the starter engages and cranks slowly or not at all, your battery may be low. Check it using a voltmeter. A minimum of 12 volts is needed.

If the fuse is OK, check the main power plug that connects the engine wiring to the boat.

If it still won't crank, check the neutral switch. It's typically inside the control box connected to yellow and yellow/red striped wires.

If you hear a clicking sound or a low whine but the starter won't engage the flywheel when you turn the key, the starter solenoid may be bad. Some advise against this, but often I'll tap it lightly with a small hammer as a helper turns the key.

Check to see that fuel is getting to the engine. Pump the primer bulb (if equipped) and ensure it gets firm after several squeezes. If it doesn't, check for leaks in the line, the tank or filter, the engine, and a bad valve within the bulb.

Check filter(s) for water and sediment. One is on the engine. Another may be in line outside of the engine.

Check that fuel line couplings are securely seated and locked. 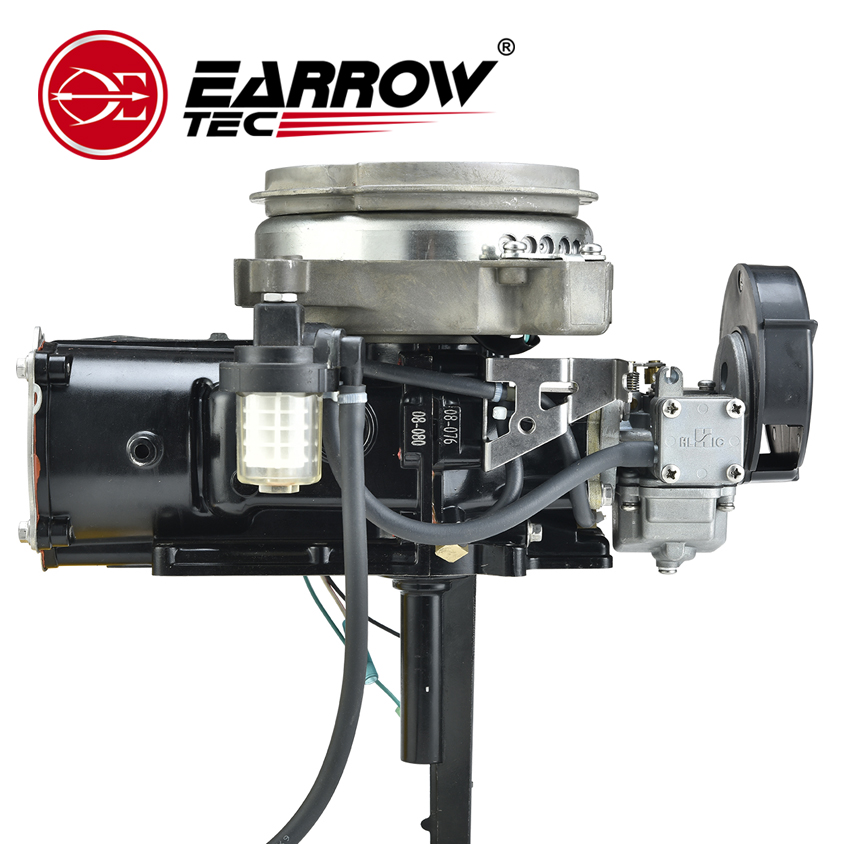 If the engine has an electric primer, you can usually remove one of the small fuel hoses that goes from it to the engine's intake or carburetor, and have a helper operate the primer (usually pushing the key in) while you watch to see if fuel squirts out. Avoid letting fuel spill.

Try replacing your spark plugs. If that doesn't help, consider calling a qualified mechanic. The engine may need new coils.

Check the exhaust outlets for blockage. If an engine can't exhaust the burnt fuel/air mixture, it won't start. We've seen outboards stored for winter that fail to start in spring because large rodent nests caused exhaust blockage that kept the engine from starting.

If the engine is lacking compression, this may be more than you can do at the boat ramp, and it could be time to call in the pros.

We'll say it again - inspect, clean and, if necessary, replace your wiring periodically. If your crew habitually drains the battery by cranking the tunes while at anchor, consider installing a secondary battery bank or one of those metering devices that monitors supply and saves enough reserve to ensure a restart.